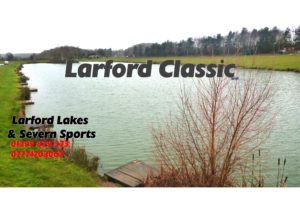 26 anglers fished in very cold conditions with a keen early frost made bites difficult. That being said, silver fish were active and made up most of the weights.

Winner on the day was Paul Williams (ABC) who drew peg 46 on the Match Burr.

6th on the day was Martin Harrell (Larford) from peg 16 who caught on pole & maggot. Martin had an all silver fish catch, weighing 16Lb dead.

Paul Williams qualifies for the May 2017 final.