Bag’em Larford Classic is coming to Severn Sports & Leisure May 2017 for another quality match competition. 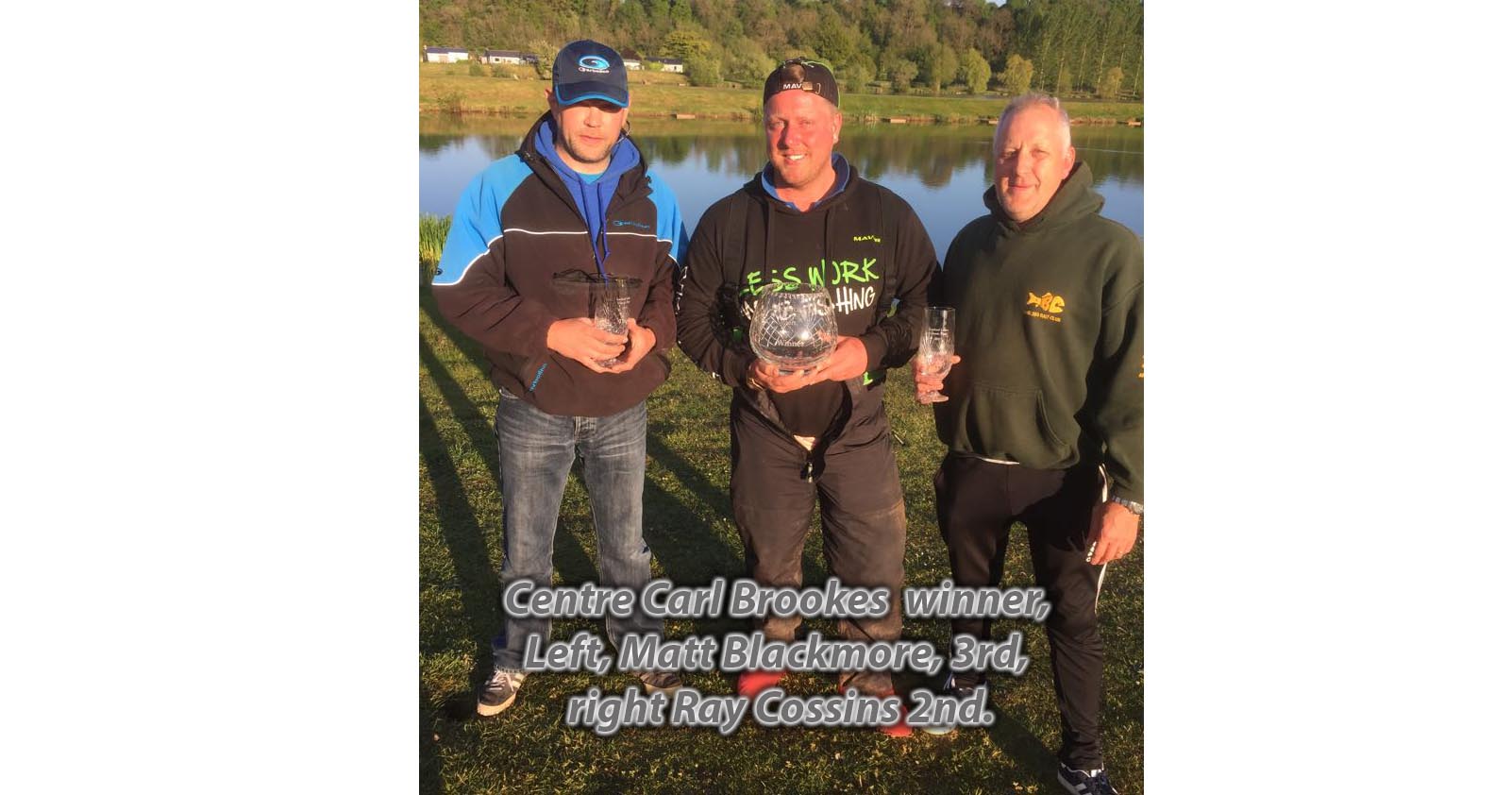 80 anglers booked on for this popular final. Weather conditions were far from perfect with a very heavy wind on day one and heavy showers on day 2. The conditions left the fishery fishing under par and weights were lower than normal. That being said, multiple 100lbs weights were recorded.   Day 1 Results Day 2 Results Overall winners of […] 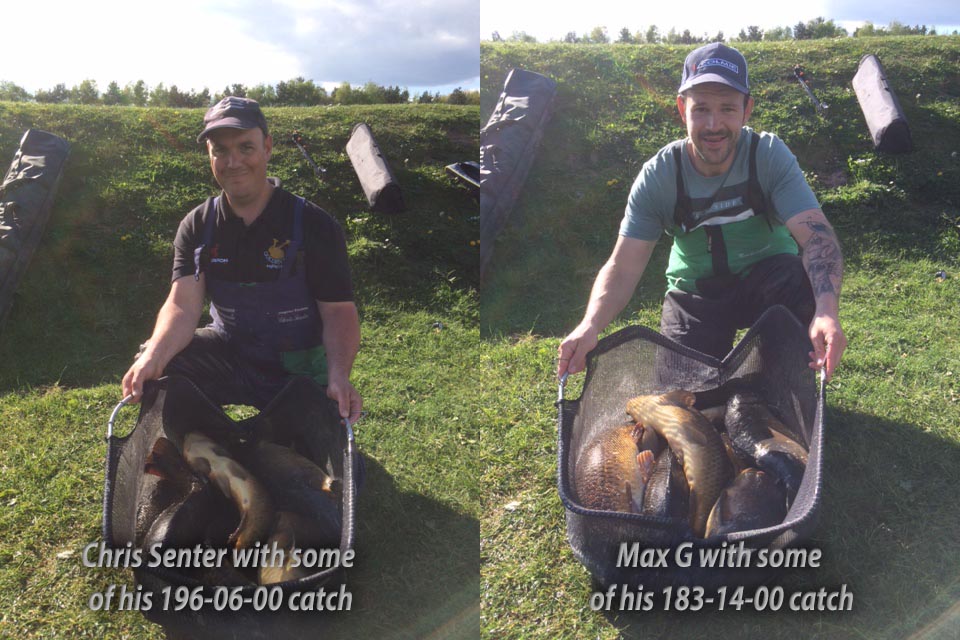 28 Anglers fished the last Bag’em Larford Classic Qualifier of the season on the Specimen Lake. Conditions were a sunny 16C   1st was Chris Senter (Bag’em Larford) with a great weight of 196-06-00. Chris weighed in carp of an average weight of 15lbs, he’s caught early on pellet waggler and later down his edge, from peg 24 specimen burr. […]

The qualifier was fished on the Match Lake in warm & sunny conditions.   1st on the day with a brilliant weight of 156-12-00 was Mark Hawthorne (HT Angling). Mark was on peg 42 on the Match Burr catching on long pole and pellet and down his edge winning himself a place in the Classic final in May.   […]

Today 25 angler fished the Match Lake for the classic qualifier.   Winner today was Aidan Mansfeld (MAP Bait Tec) who drew peg 37. Adian caught shallow with meat and down edges with corn to weigh 120-10-00.   2nd on the day was Glen Buttler (Drennan) who drew peg 42. Glen fished Method and pole short with meat & […] 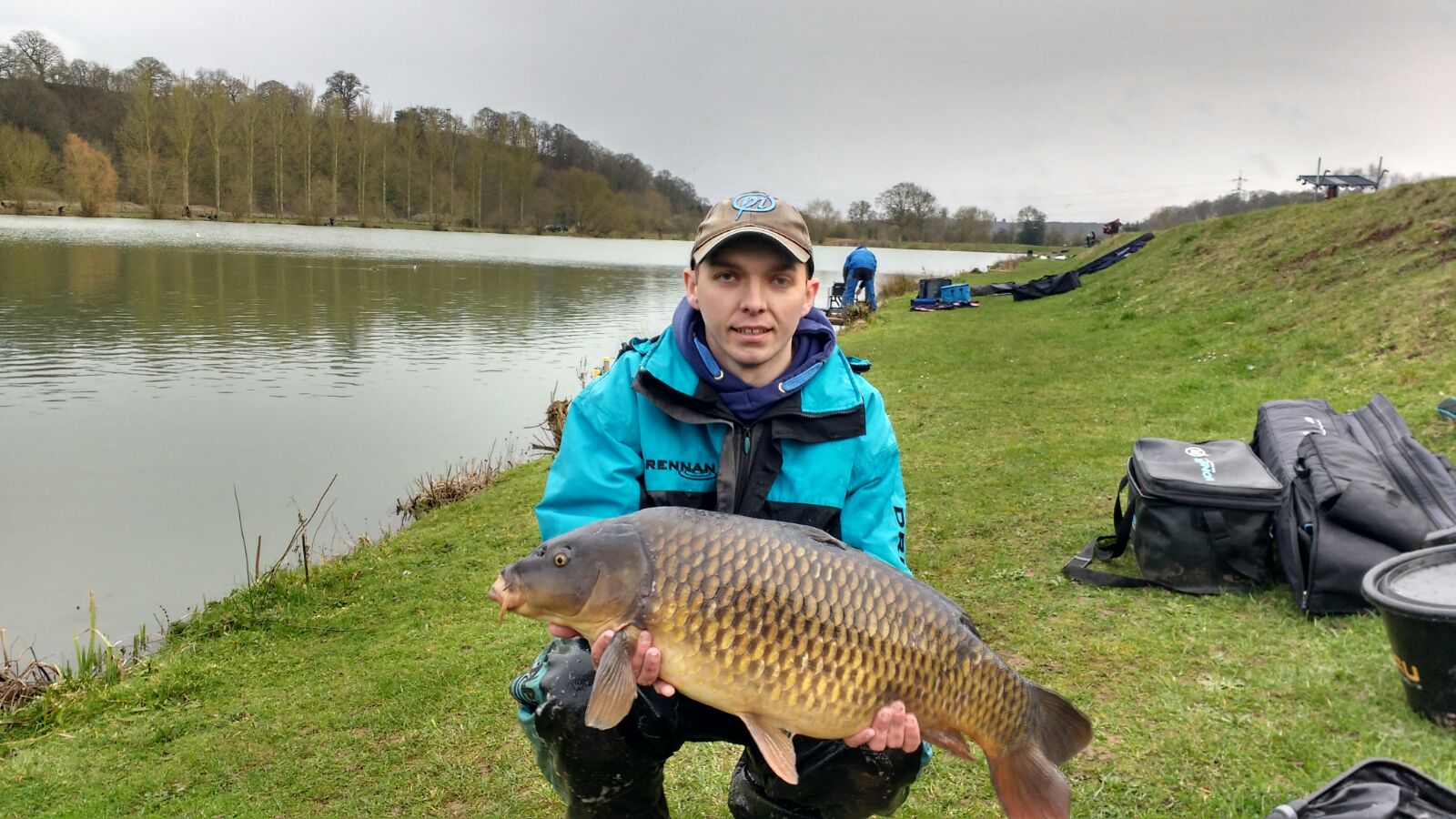 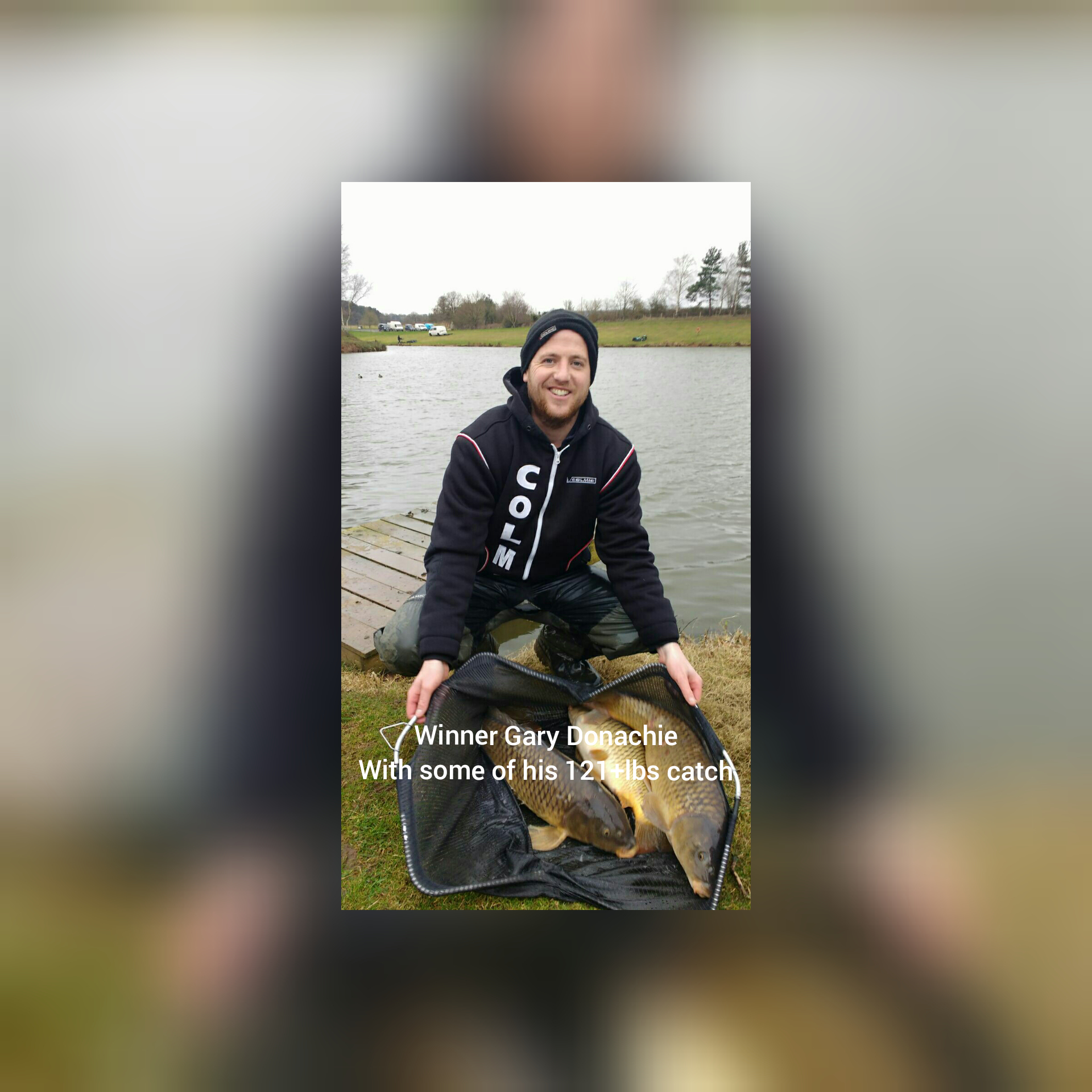 31 anglers fished today in wet, windy and cold conditions on the Match Lake with the top 6 catching over 500lbs!!   1st Gary Donachie (Colmic) with a winning weight of 121-03-00 all carp upto 10lbs. Catching on top4 catching down his edge from peg 48   2nd Jack O’Sullivan (Oakengates A/C) from peg 37 match burr weighing […] 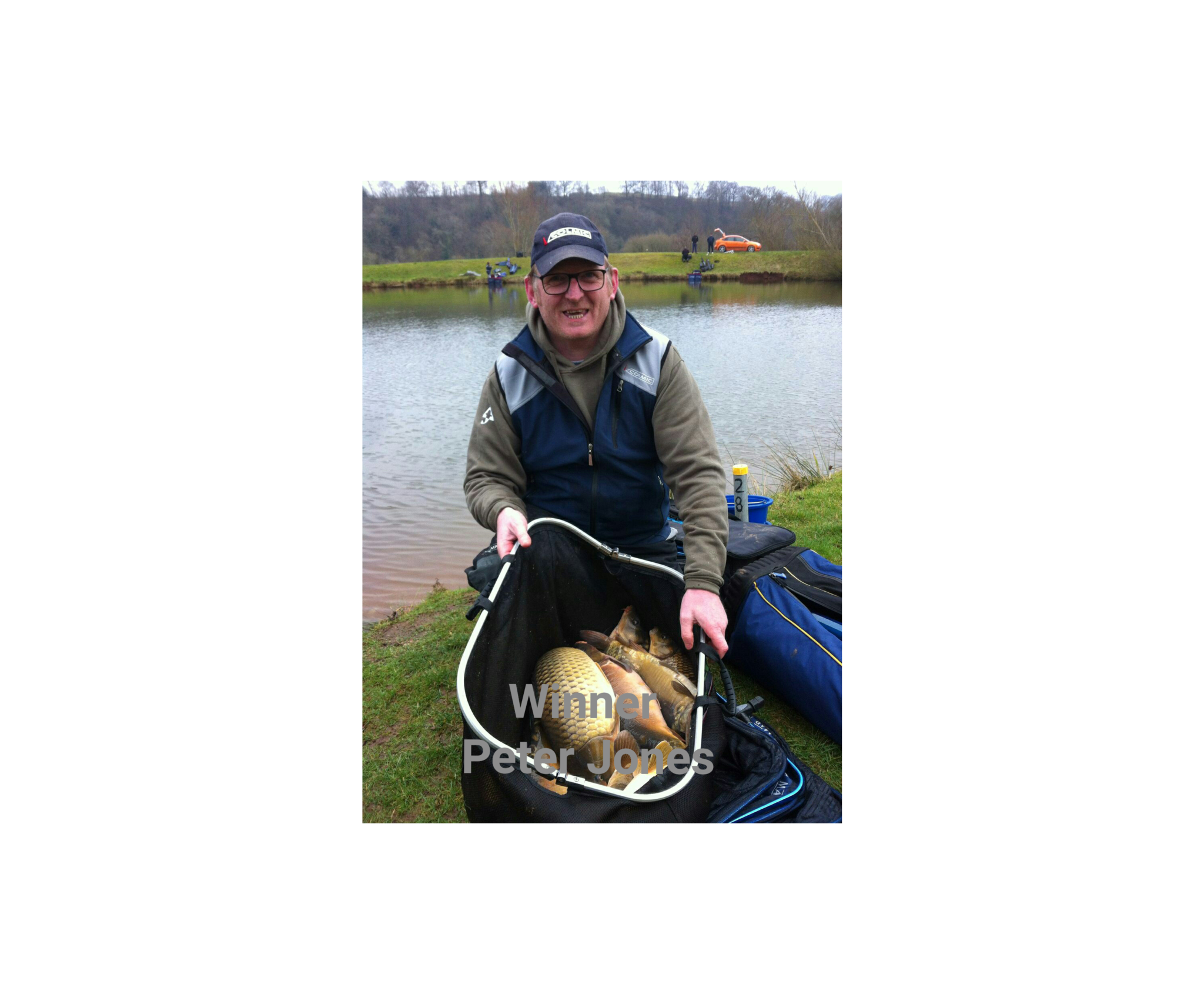 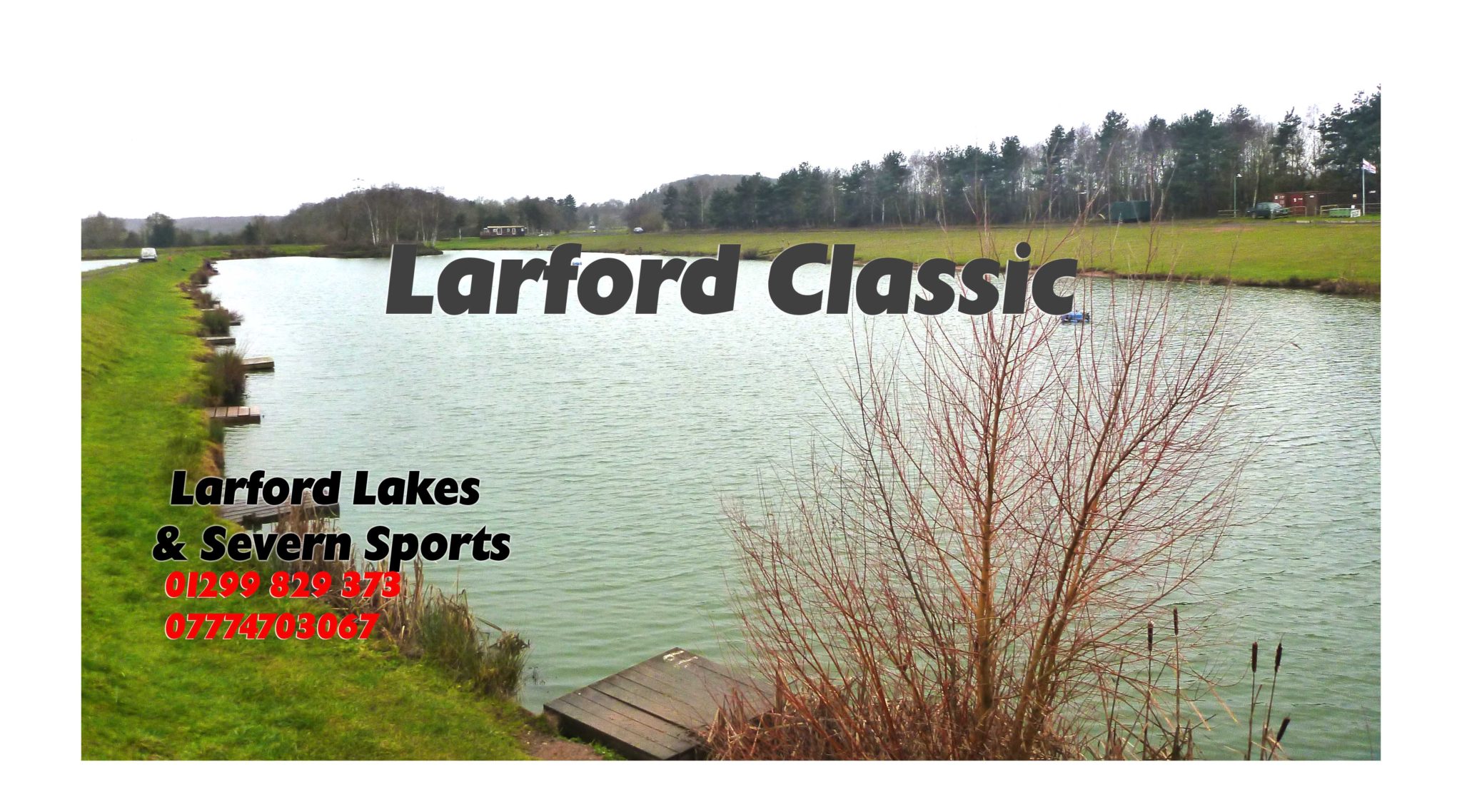 30 anglers fished the Specimen Lake in freezing cold conditions and a strong easterly breeze made for difficult fishing.       Winner on the day was Jamie Harrison (Matrix Bait Tec) who drew peg 20 on the burr bank. Jamie fished method long landing a superb 23lb common carp plus a smaller one plus some bream weighing 35-08-00. […] 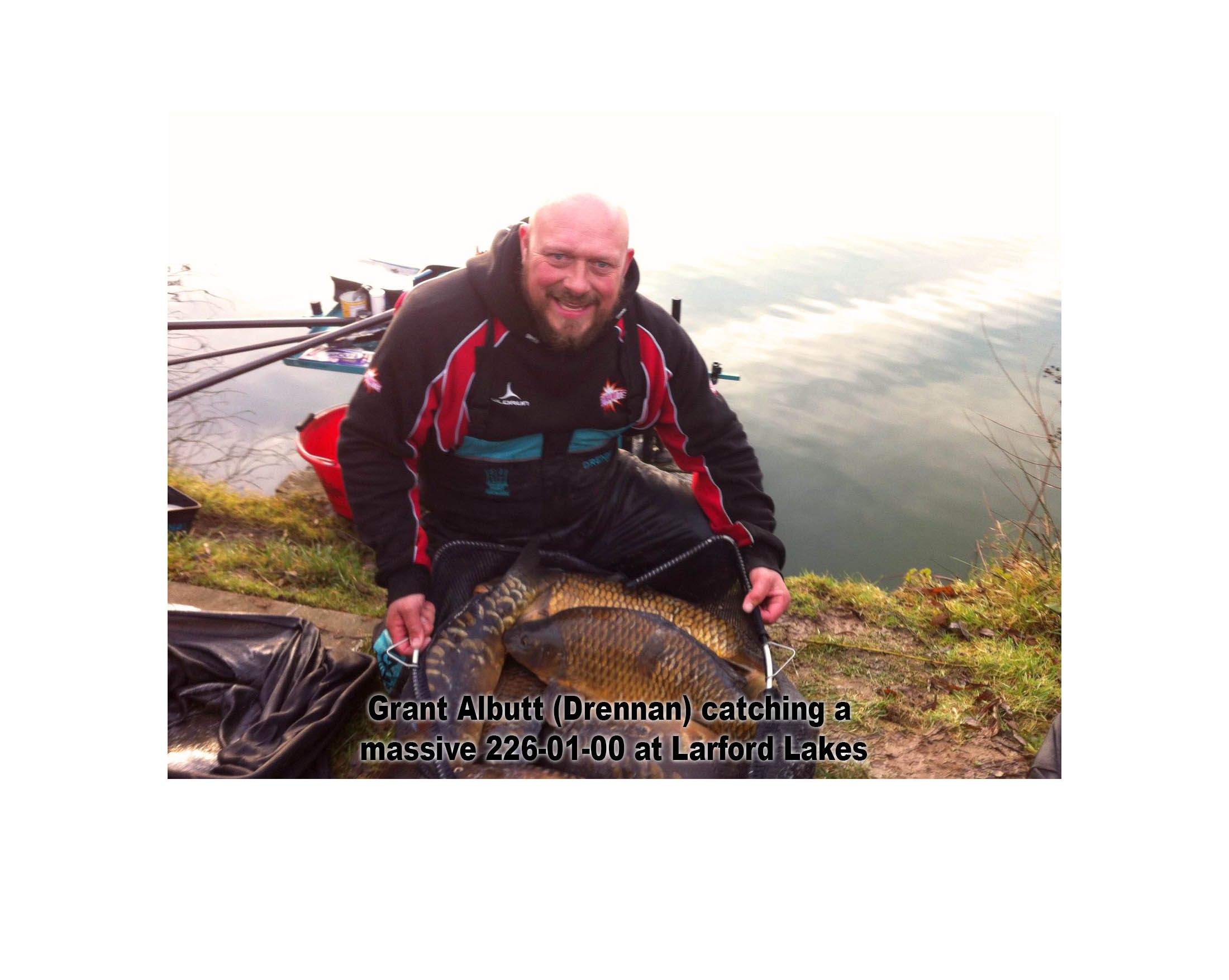 28 anglers fished the Specimen in freezing cold conditions and another keen frost made for difficult conditions. That being said, a tremendous weight won the day.     Grant Albutt (Drennan) won the match with a massive 226-01-00 of quality carp from peg 78 on the Chalet bank. Grant caught all his fish on the pole, fishing corn over […]

26 anglers fished in very cold conditions with a keen early frost made bites difficult. That being said, silver fish were active and made up most of the weights.     Winner on the day was Paul Williams (ABC) who drew peg 46 on the Match Burr. Paul fished Method to start landing an early carp. Later, switching to pole […] 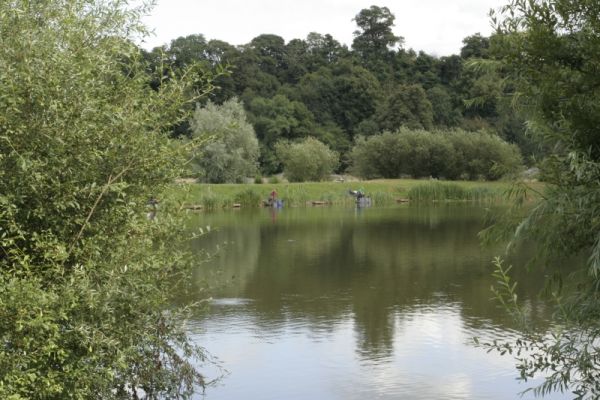 28 anglers fished the Specimen Lake. With carp hard to come by and catches mainly made up with skimmers as the carp stay in winter mode during this flat calm day. Plenty of banter and good atmosphire to make up for it.     Winner on the day was Dave Powell (Larford) landing 48-09-00 and qualifies for the May […]

21 anglers fished on the Match Lake. With fish well into winter mode, making a very challenging match.     Winner on the day was Steve Ford (Daiwa Gordon League/Old Ghost). Steve caught on long pole on pellet to weigh 89-15-00 and qualifies for the May 2017 Final   2nd on the day was Darren Hudson (PR Float) landing 47-05-00. Darren also caught […]