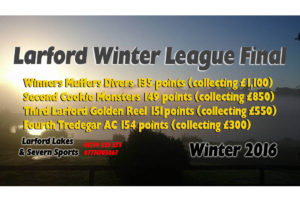 The final round of the Larford Winter League was an ice breaking day for the 14 teams ( 56 anglers), with half of the Match Lake frozen. That being said, most of the top weights came from the Match Lake.

Winner overall on the day was Steve Ford (Garbolino) who drew peg 28 on the Match Lake.

2nd on the day was Perry Mountain (HT Angling) who drew peg 78 on the Specimen Lake chalet bank.

5th on the day was Chris Senter (Cookies Monsters) who drew peg 42 on the Match Lake and fished pole and method feeder recording 59-08-00. 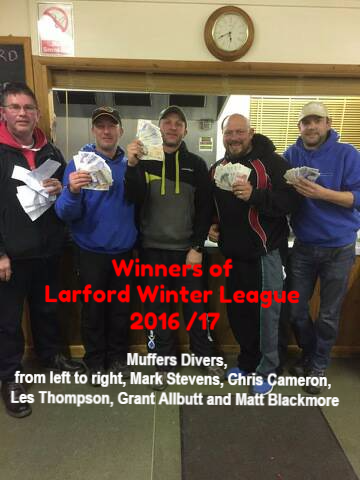 Dave Crandon also qualifies for the Larford Classic in May 2017