A fantastic festival was enjoyed by all with both the Specimen and Match Lakes producing some stunning weights.
The Specimen Lake produced quality carp to the pellet waggler, short pole and down the edge late.
Also massive bags of bream to the pole with meat and corn fishing at just 6m or less. Lots of 90-100lbs bags of bream to this method.

Second in the festival was Andy Power (Preston) who also put in a near faultless performance over the 5 days.
Andy finished on 8 points and a cumulative weigh of 404.020 Kg (890.7-0lbs) 178 lbs average per day.

Third overall was Steve Forster (Browning) with a points score of 9 and a cumulative weight of 433.840 Kg (956.5.0lbs).
If the festival had been decided by weight overall, Steve would have won comfortably. His average per day for the 5 days was 191-2-0 per day. 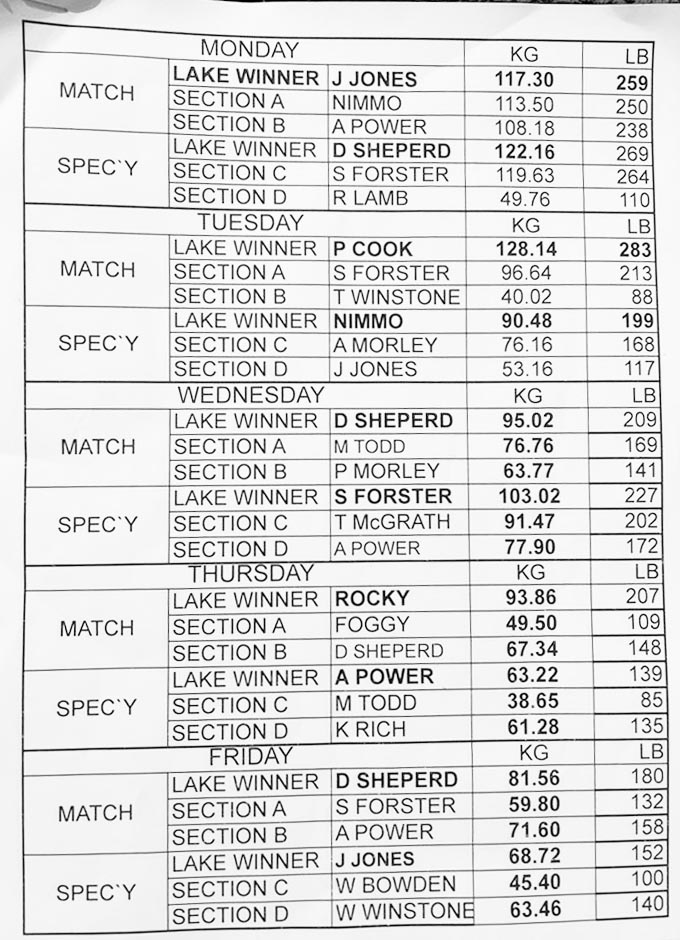 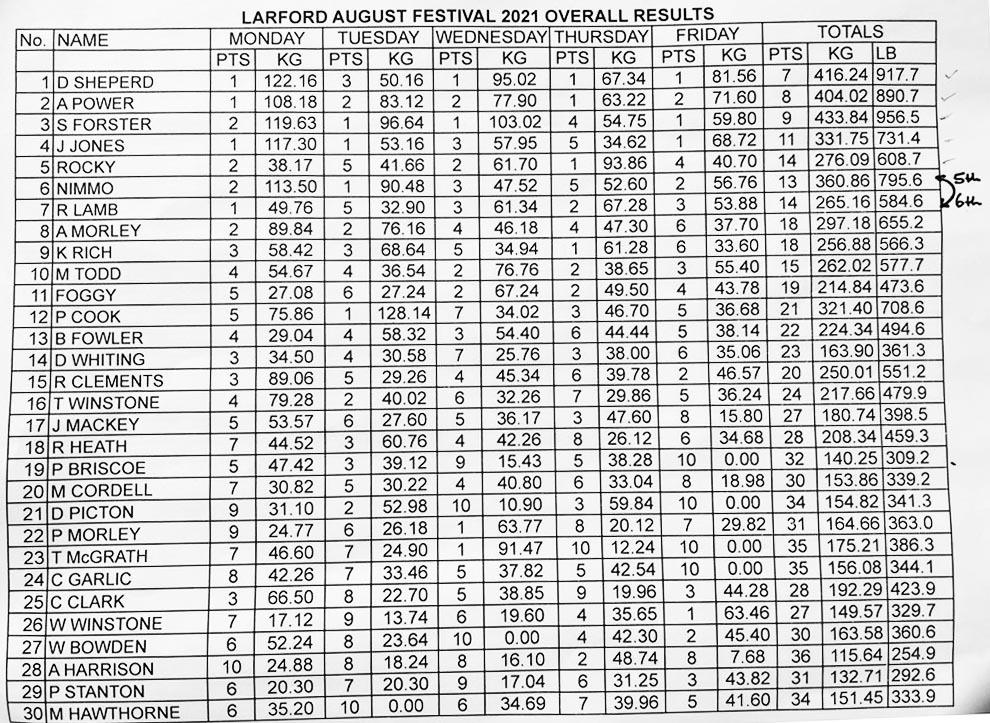