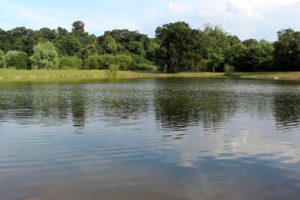 A very disappointing turnout with countless people booked on the match who simply failed to attend.
Needless to say, probably the last Fur & Feathers that Larford will run.

Winner overall was Richard Ahern who drew peg 24 on the Arena weighing in 89lbs of carp mostly caught short and down the edge with pole, pellet and sweetcorn.

Second overall was Ray Smith who drew peg 11 on the Arena Lake weighing in 68lbs of carp to both the pole and method feeder.

Third placed Simon Harris drew peg 46 on the Match Lake.
Simon caught short on the pole with pellet and sweetcorn and later down his edge weighing in 58lbs.

Fourth on the day was Phil Briscoe from peg 50 with 52lbs of F1’s and carp all caught on the bomb with punched bread.