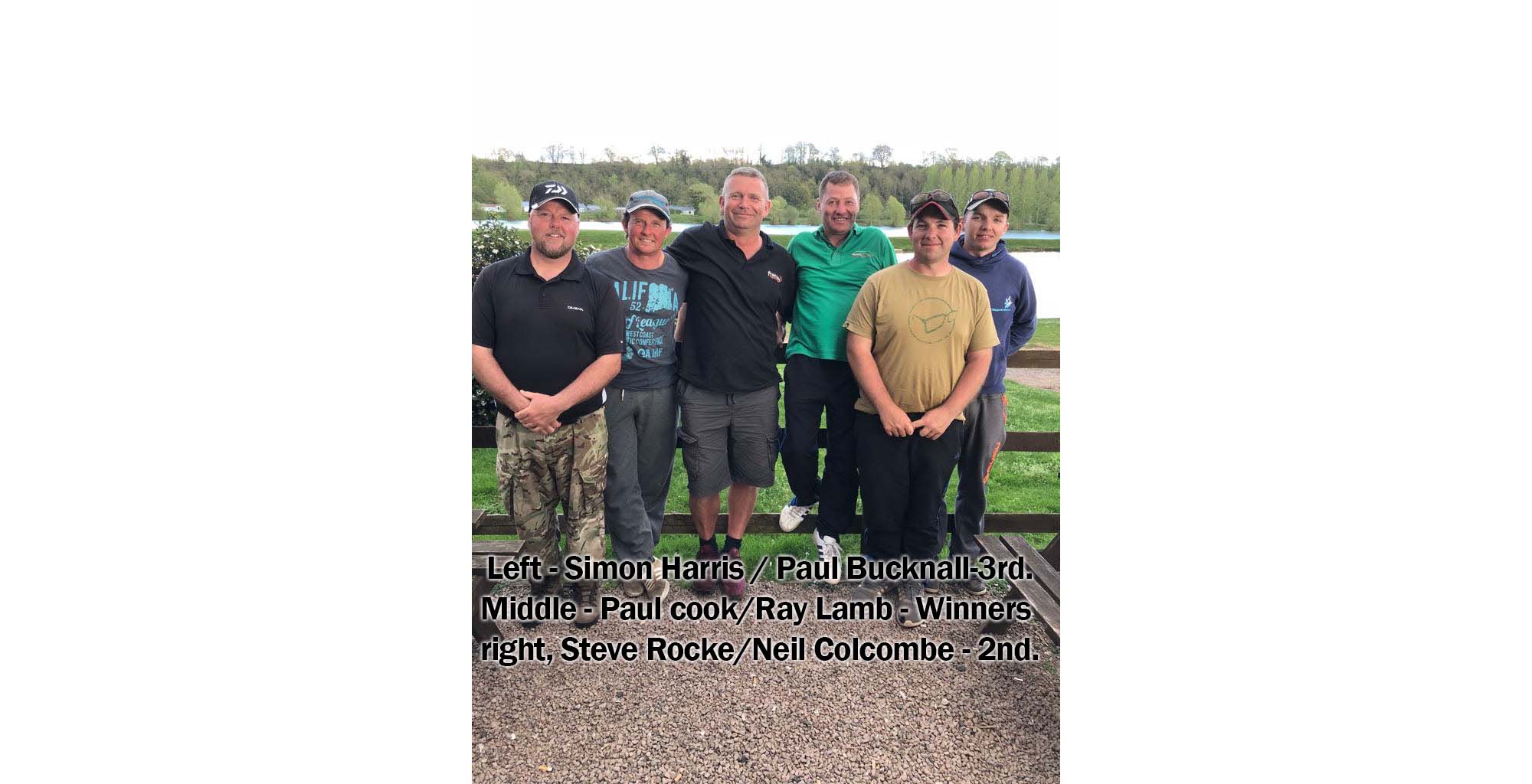 The final round of the pairs league went ahead on Sunday with near perfect conditions.

The recent introduction of 4000 F1’s into the Match Lake certainly woke up the big F1’s and carp and catches were very impressive all round.

Second on the day was Ray Lamb (Larford) who drew peg 16 on the Match Lake.

Fifth on the day was Chris Bradney who drew peg 44 on the Match Lake.

Pairs on the day:-