Bag’em Larford Grand Masters is held monthly at Severn Sports & Leisure, with a potential payout of £1000 each month and the opportunity to qualify for the September 2017 grand final.

To win the pot & qualify for the grand final, join the Bag’em Larford Grand Masters qualifiers match to pit your angling skills against top anglers who are hoping to get into the final. 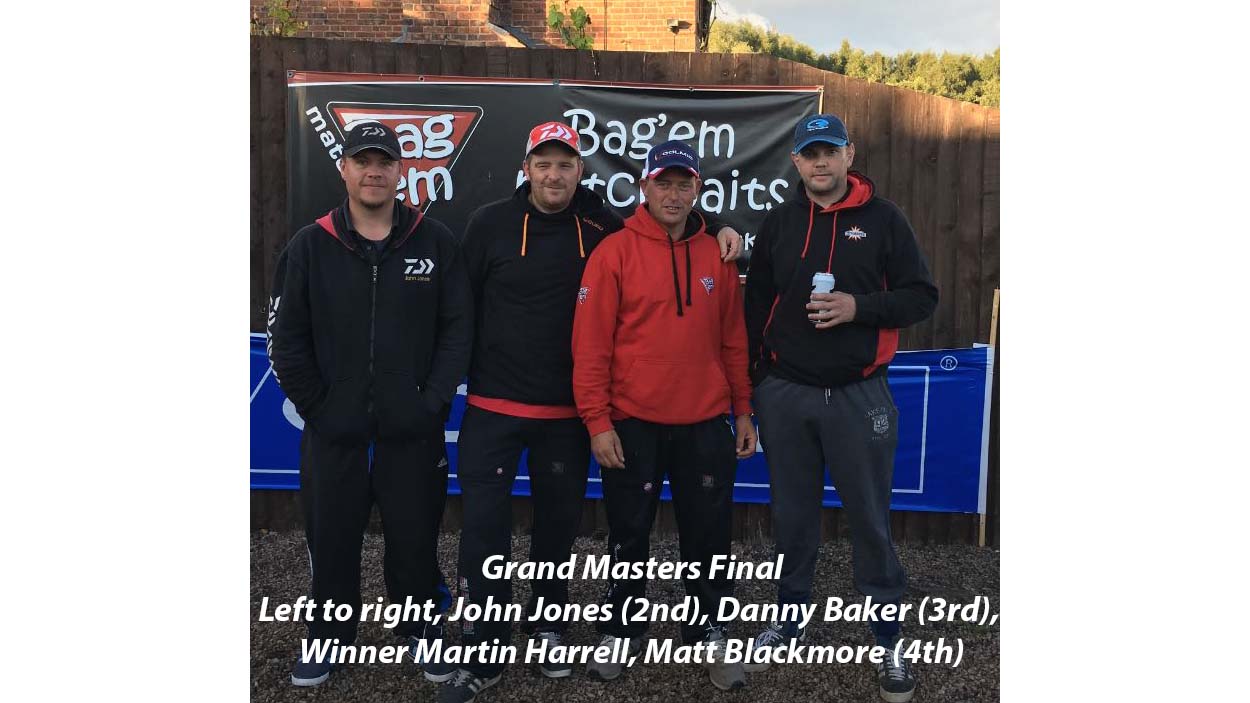 40 anglers turned out for the Grand Final of the Larford Grand Masters at Larford Lakes.   Conditions were warm and thundery with heavy showers followed by bright sunshine.     Winner on the day was Martin Harrell (Bag’em Larford) who drew fancied peg 28 on the Match Lake.  Martin fished method to the point of the island all day weighing 199-06-00  […] 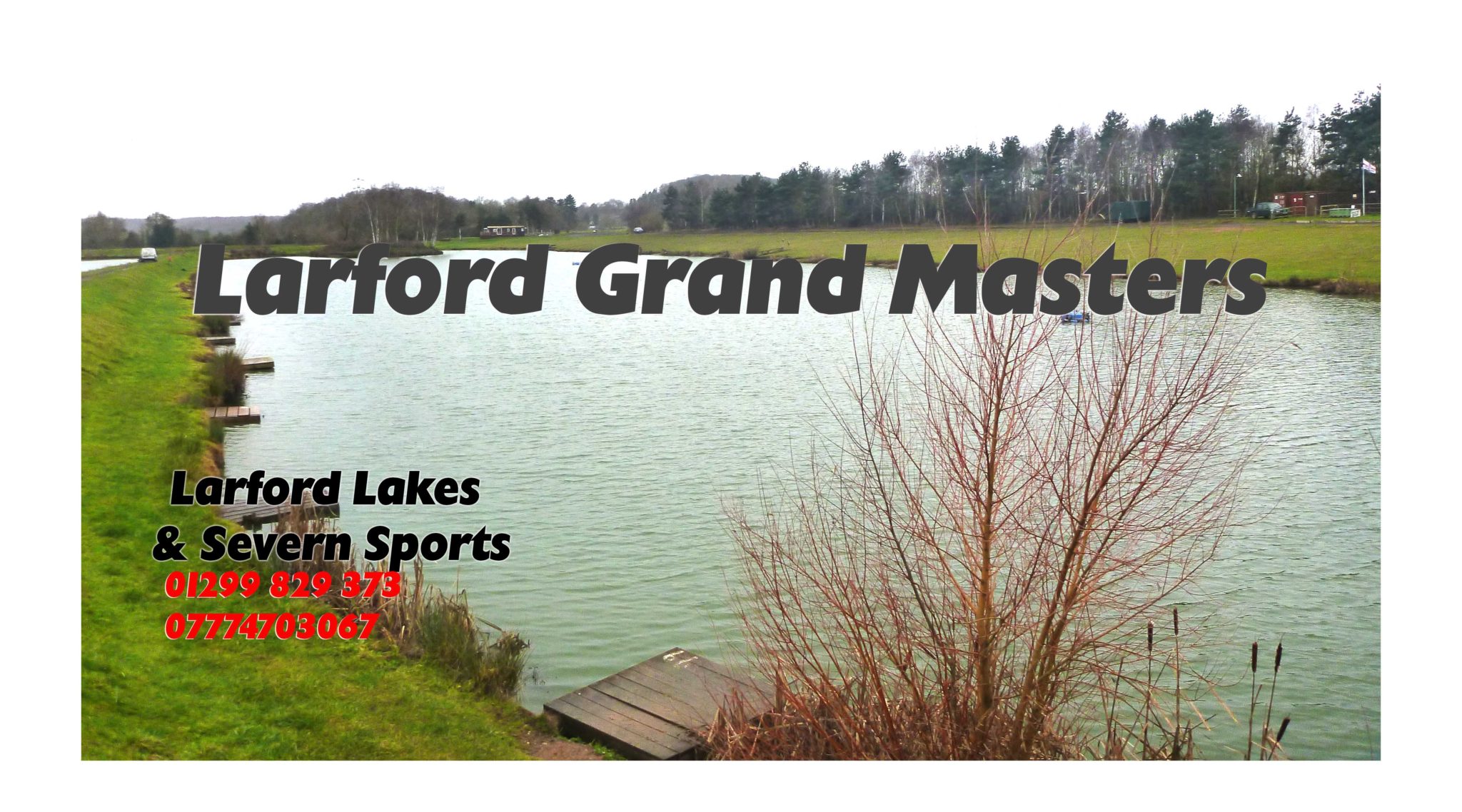 Grand Maters match fished on Specimen & Match Lakes.   Winner on the day with a massive 234-03-00 was Chris Senter (Shakespeare) who drew peg 12 on the Specimen Lake burr. Chris caught most of his fish on pole shallow with meat & pellet plus a few late fish down his edge.   2nd placed Neil Colcombe (Larford) drew peg 68 […] 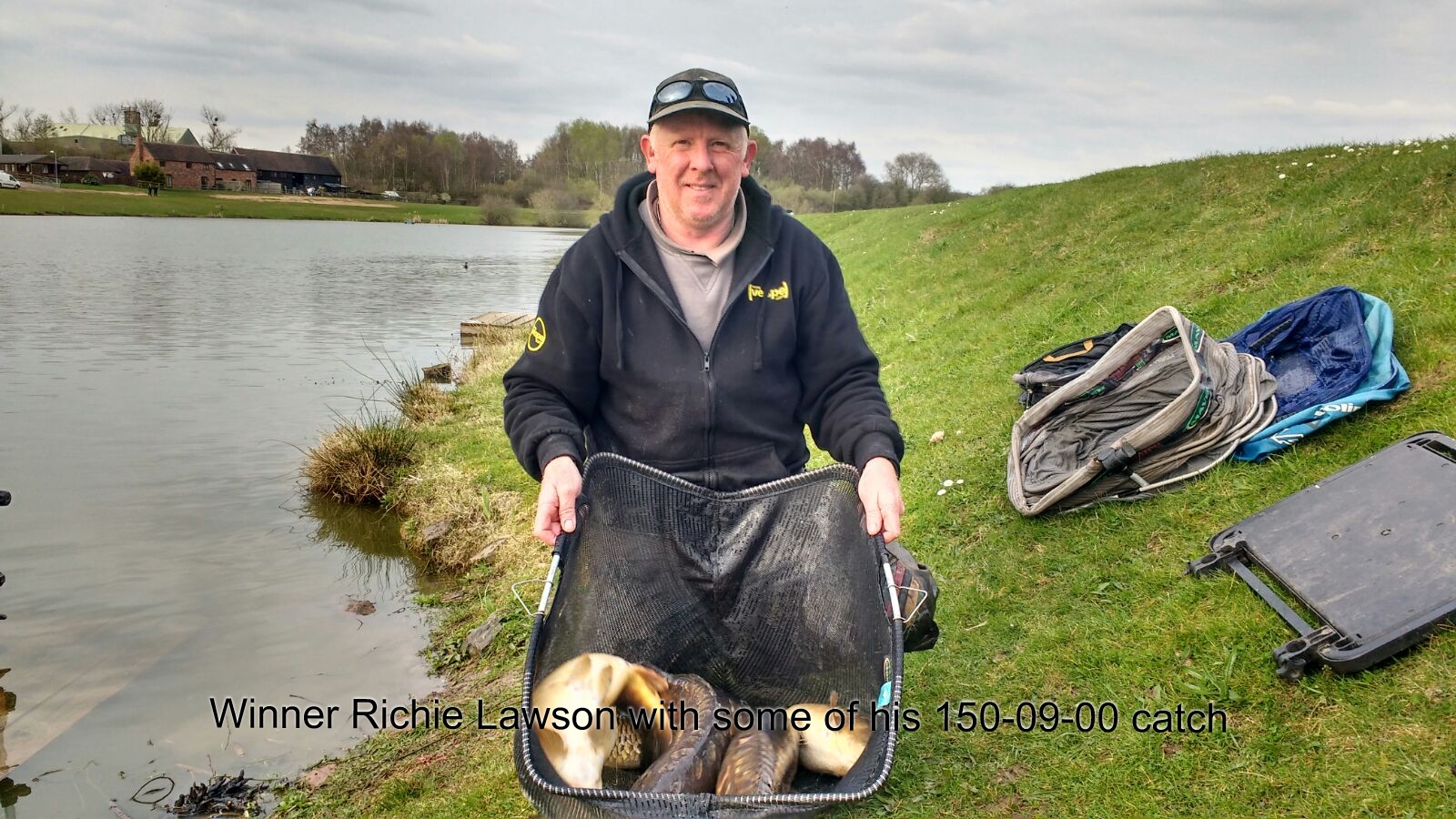 34 anglers fished the Match & Specimen Lakes   Awful strong cold easterly wind made for difficult conditions and stopped the carp feeding.     That said, the Match Lake fished well and it was Richie Lawson (Matrix Total Angling) who won the day with 150-09-00 from peg 47 on the Match Lake Rich fished down his edge with […] 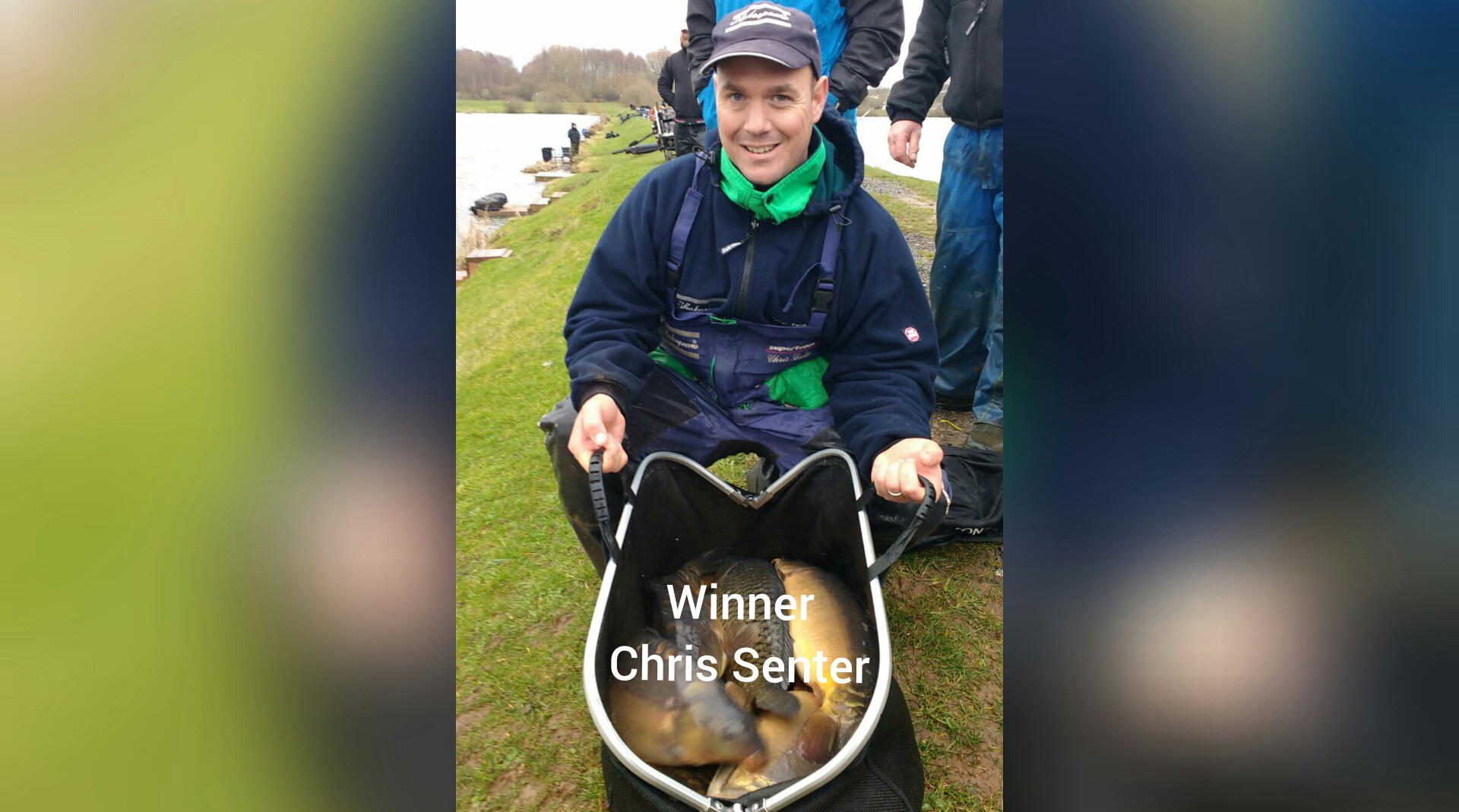 36 anglers turned out in freezing cold condition, both the Match Lake and Specimen Lake were frozen first thing followed by ice cold rain all day.       Winner on the day was Chris Senter (Shakespeare) who drew peg 62 on the Specimen Lake. Chris had an early carp on Method and later switched to long pole […] 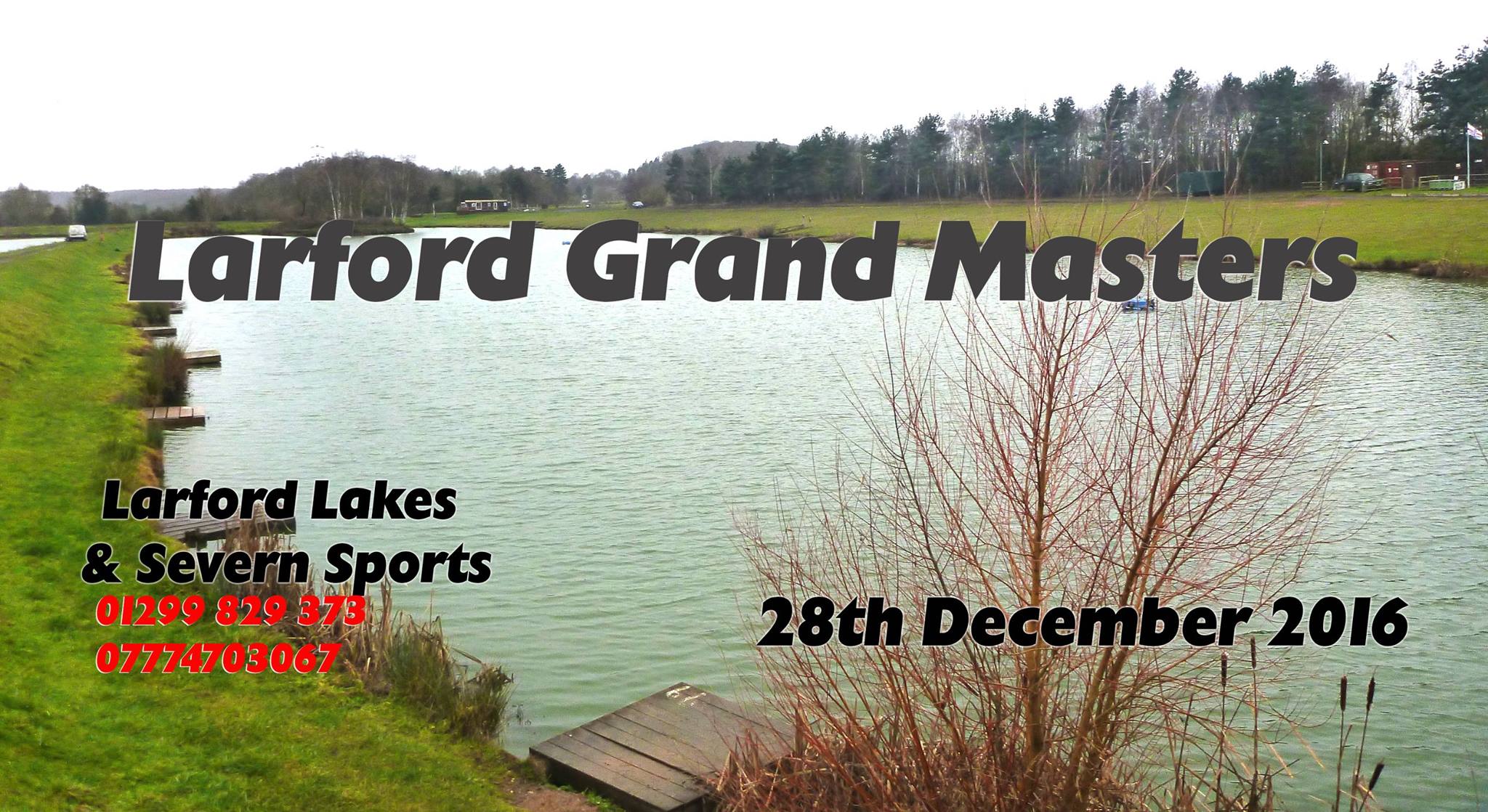 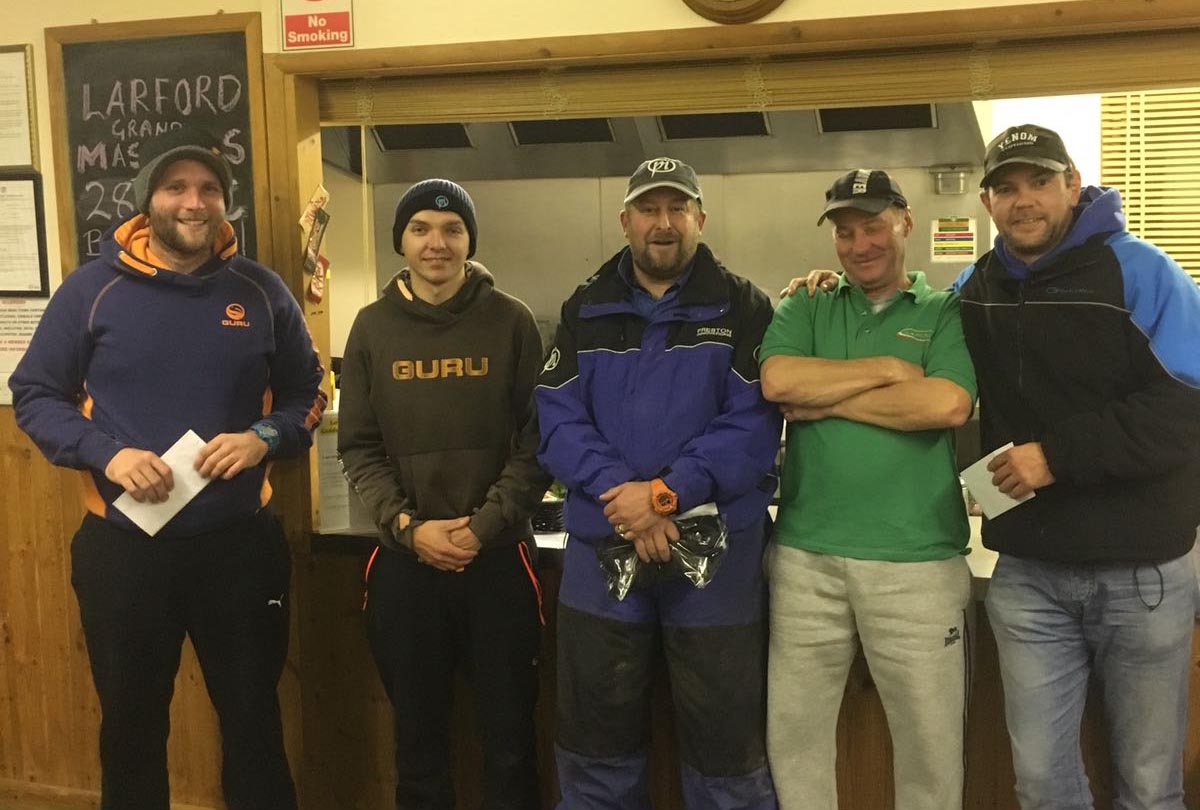 32 anglers fished in today’s Larford Grand Masters. Temperatures have risen a bit to highs of 8C, overcast and a light breeze.       1st on the day was Bernard Ball (Carp Cruncher) who drew peg 2 on the Arena Lake. Bernard caught on bomb & pellet and bomb and waffle to weigh 93-08-00.   2nd on […] 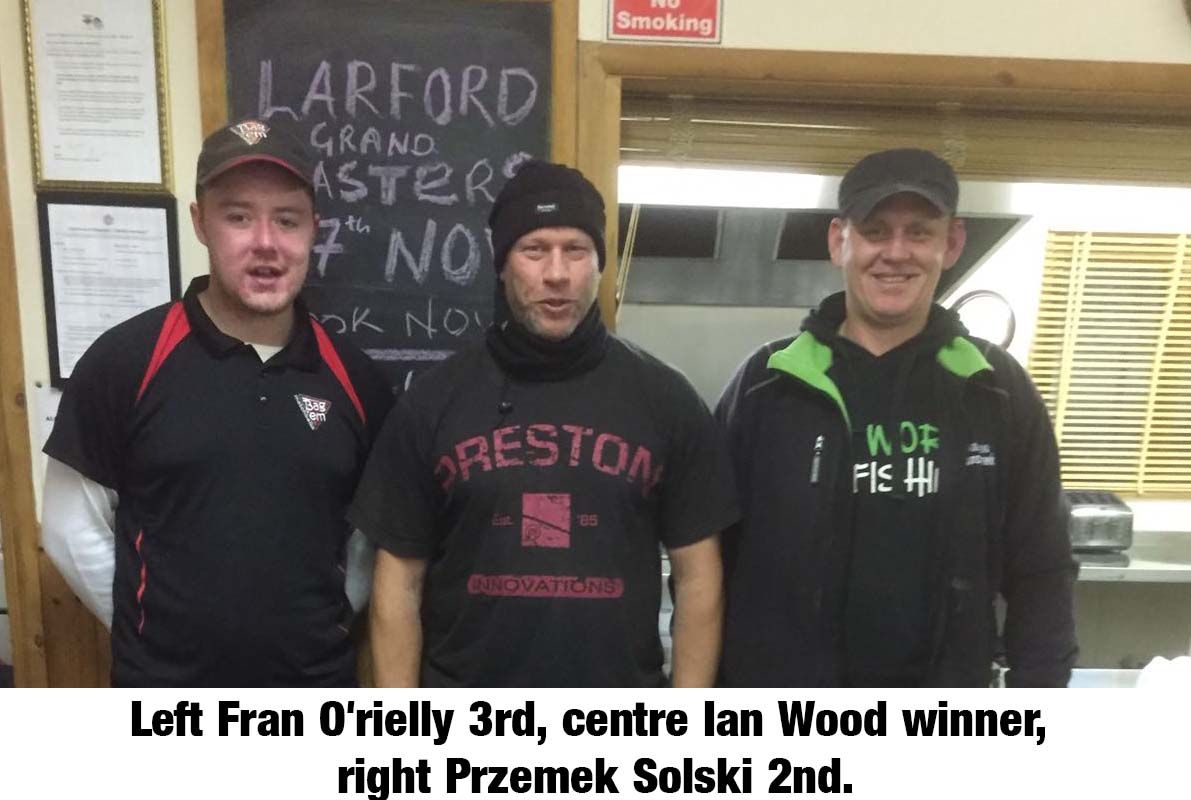 31 anglers fished the popular monthly event on the Specimen Lake.   Winner on a windy and wet day was Chris Cameron (Middy) who drew peg 58 on the chalet bank. Chris fished method long and later down his edge to weigh 137-09-00   2nd on the day was Les Thompson (Matrix) who drew Peg 12 landing quality carp to […]