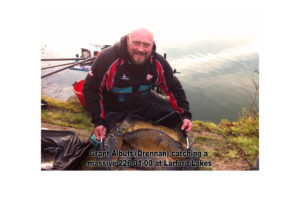 28 anglers fished the Specimen in freezing cold conditions and another keen frost made for difficult conditions.

That being said, a tremendous weight won the day.

Grant caught all his fish on the pole, fishing corn over micro pellet short and down his edge, winning the match by a country mile.

3rd on the day was Chris Jones (Frenzee)  who caught on Method early and later fished pole at 13m with pellet to catch some skimmers and bream weighing 32-09-00.

4th on the day was Phil Briscoe (Larford) who drew peg 27 landing 2 early carp to the Method, backed up with a quantity of roach & skimmers on the waggler. Phil weighed 32-04-00.

Jamie Harrison qualifies for the May 2017 final.